The Radio Tip from Today’s Game!

Blue Raiders vs the Syracuse Orange – Now I reached out to some contacts around the Syracuse area for some tailgate favorites and the results were disappointing. – apparently Syracuse fans are not privileged to have the wide-open tailgate areas football fans in the south enjoy at MTSU, Auburn, Alabama etc. But – for what they lack in space they seem to make up with grilled bratwursts! Everyone I reached out to for Syracuse ideas included Brats on their list!

So, let’s do some Tangy Syracuse Orange Bratwurst swirls on a stick! For complete disclosure – This recipe is inspired by a recipe by Johnsonville in some of the PR material that they sent me – but with a couple of Kent the Deck Chef Tweaks! – yes – that’s the type of mailing lists I’m on, Food, football and NASCAR!

First, if you don’t like the idea of poking a brat with a fork or knife…. Look away! But if you like good eats – Listen on! Here’s what you need – and this recipe is available on thedeckchef.com and greatamericangrilling.com if you lose track!

Then – combine these ingredients in a bowl

Now, this is where things get scary for bratwurst traditionalists…. 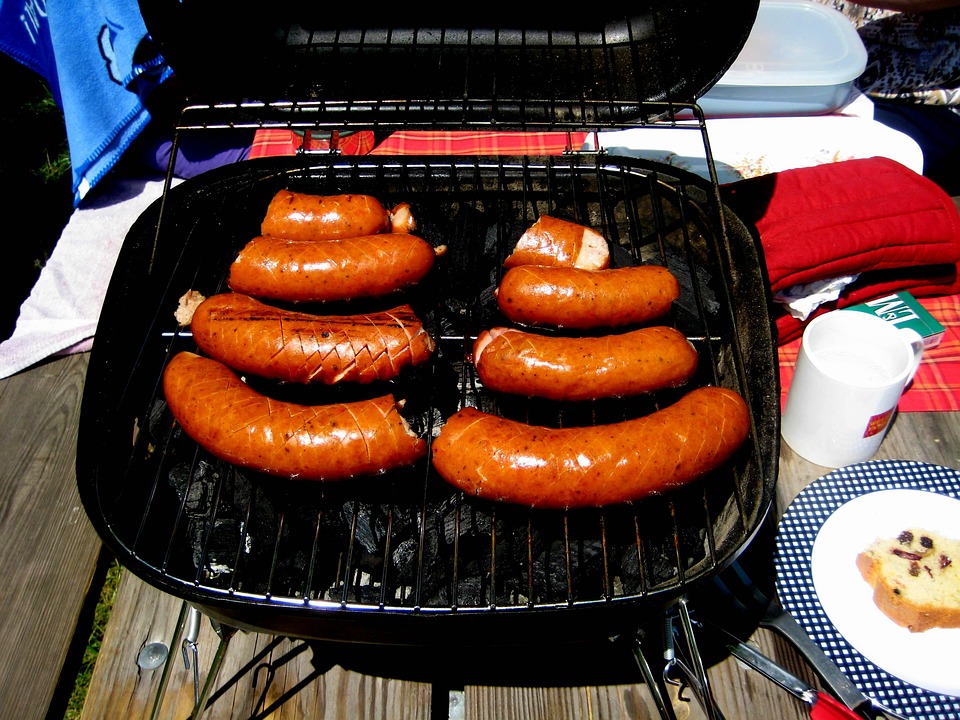 Skewer the Brats and then – using a sharp knife, spiral cut or “accordion cut” the brats by rolling them on a cutting board as you go along the entire length. Don’t cut all of the way through, then gently spread the brat out exposing the inner cut – the gaps. Brush will a little oil and Sprinkle evenly with your chosen rub.

Next, Cut the crescent dough into 1/4 -inch strips and Tuck the strips of crescent dough into the space between the meat of the stretched, skewered brats; pinch ends together to join pieces or Secure with tooth picks if needed to keep the dough from falling off, sprinkle with more seasoning and start grilling!

Rotate as needed – before removing coat evenly with the orange juice apricot mixture, let them finish up and serve hot as they are – or – slap them on a bun and gently pull the skewer out! EAT AND ENJOY MTSU TAILGATE FANS!

And – if you can’t grill out at the tailgate and need to pick something up – or you’re just looking for some good burgers and beer – Stop by JACK BROWN’S BEER AND BURGER JOINT
It’s a Burger Joint with a Passion for Craft Beer!

As Always – you can find this tailgate recipe online at thedeckchef.com and GreatAmericanGrilling.com – the site for my new cookbook – titled Great American Grilling – I’m Kent – The Deck Chef – Whitaker reporting from Tailgate Land – Back to you guys for more coverage but not before saying Gooooo Blue Raiders!!