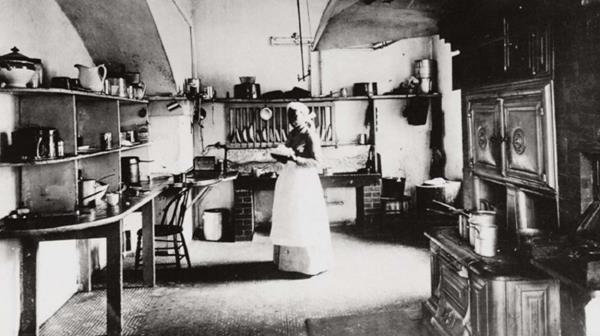 It’s all in the name! Grilling lore says that the Dutch, who are often credited with inventing coleslaw, called the dish “Koolsla” which roughly means “Cold Salad” or something along those lines. The Dutch would pronounce “Kool” similar to “Cole” meaning “Cold” and that’s the short version of how one of my favorite side dishes got its name. Of course, can you trust food information given to you during a tailgate session for a college football game?

Regardless, of where the name came from – I came across this bit of trivia while researching my new book – Great American Grilling! I think it’s pretty neat that a historic White House Cookbook from the 1800’s has a recipe for coleslaw, or cold slaw… or cabbage salad, included.

1887 White House “Cold Slaw”
Instructions
“Select the finest head of bleached cabbage — that is to say one of the finest and most compact of the more delicate varieties; cut up enough into shreds to fill a large vegetable dish or salad bowl — that to be regulated by the size of the cabbage and the quantity required; shave very fine and after that chop up, the more thoroughly the better. Put this into a dish in which it is to be served, after seasoning it well with salt and pepper. Turn over it a dressing; mix it well and garnish with slices of hard-boiled eggs.”

You have to admit, that’s kind of neat. Long before KFC and Captain D’s – the cooks at the White House were serving up some old fashioned Slaw! Well, I guess it was not “Old” then… I guess it was New Fashioned!