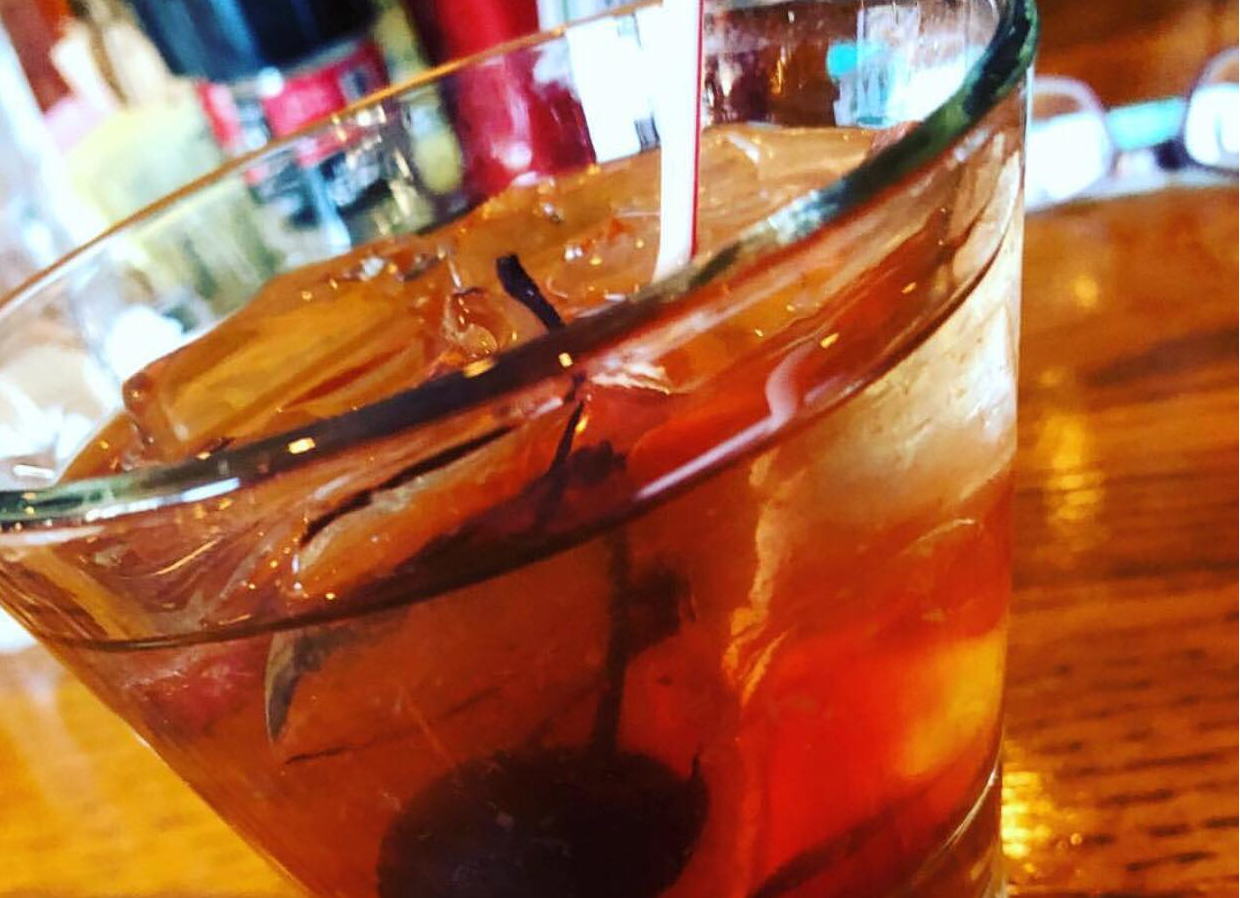 Photo: Cindy Parrish
Time for a Classic Manhattan Cocktail! – Did you know that the Manhattan is one of six basic drinks listed in David A. Embury’s classic The Fine Art of Mixing Drinks? That’s good info when you’re making small talk while mixing up a Manhattan!
A Manhattan is a cocktail that can be made with a variety of whiskeys along with sweet vermouth, and bitters. Commonly used whiskeys include rye (the traditional choice), Canadian whisky, bourbon, blended whiskey, and Tennessee whiskey.
Oh, before I forget – Shout out to my friend Cindy Parrish for her Manhattan Cocktail Picture!
Here’s the basics:

How to make it!

For the Lowball – Serve over ice!

Combine the vermouth, bourbon whiskey, and bitters with 2 – 3 ice cubes in a mixing glass. Stir gently, don’t bruise the spirits and cloud the drink. Place the cherry in a chilled cocktail glass and strain the whiskey mixture over the cherry. Rub the cut edge of the orange peel over the rim of the glass and twist it over the drink to release the oils but don’t drop it in.

VARIATION: No bitters. Substitute a twist of lime for the cherry and orange. Hold the lime twist in a lighted match over the drink and then drop it in. The heat really zips up the lime flavor.