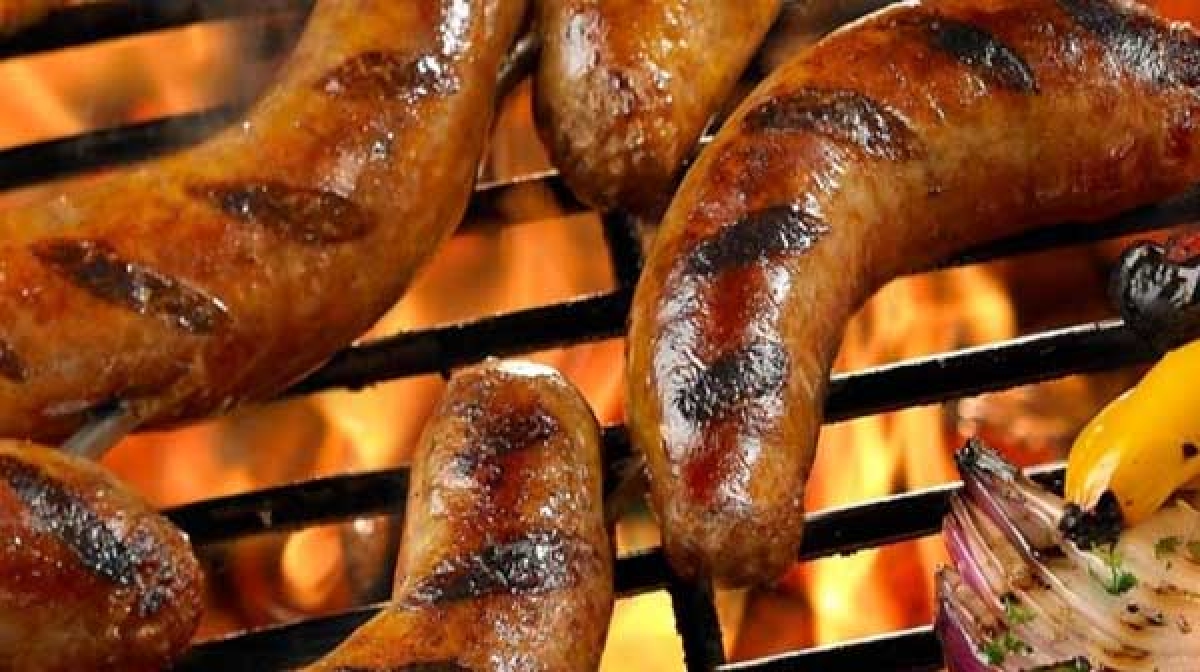 WELCOME TO 2015 MTSU FOOTBALL! – Why stay hungry? TAILGATE MY FRIENDS! The Blue Raiders are taking on the Jackson State Tigers to start the 2015 season so I decided to grill up some TIGER TAILS!

Well, actually, cooking Tiger Tail is probably not a good idea. In some countries it may be illegal!

So, instead of going to jail for grilling a real tiger tail lets use something else. First, lets just grab a bunch of those really long link smoked sausages. Not, the baby bun sized ones. Put those suckers in a zip close bag loaded up with some mustard based barbecue sauce and a splash of hot sauce and go from there!

Don’t forget to listen to the Blue Raider Radio Network for my tailgate tips… and GREAT FOOTBALL!

Marinate the sausage in the sauce and then hit the grill! Add some sauce to a foil pan and add in the onions, bacon bits, and anything else you can think of such as chopped mushrooms, green peppers, hot peppers, a dash of butter. Let the mix steam on the grill. I chop things small so that they will cook faster. If you like large pieces then allow for some extra grilling time.

When everything is done, slap a link on a bun, slice it open lengthwise, stuff it with grilled veggie mix, and cover with cheese!

Extra: Feel free to use your favorite link – such as bratwurst – if you’re not in a smoked sausage mood!

Ribeyes – From Oven To Grill