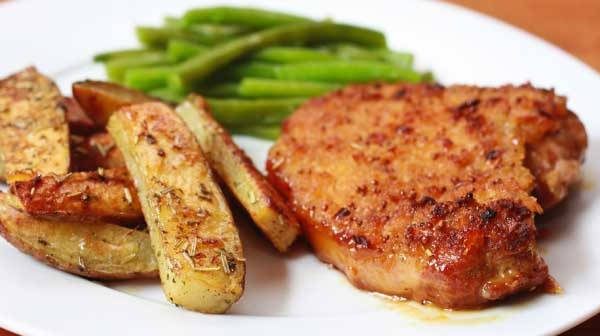 Maple syrup and pork chops are such a beautiful combination of sweet and savory. This recipe combines southern charm cooking with rich maple flavor!

So, where does your state stand in the production of maple syrup? You’re probably out of the running if you live in the south or out west. According to the USDA Vermont led the nation processed 40 percent of U.S. production in 2013, New York and Maine followed Vermont with and additional 18 and 14 percent of the U.S. maple syrup production. Ohio, Pennsylvania, New Hampshire, Michigan, Wisconsin, Massachusetts and Connecticut also produced maple syrup.