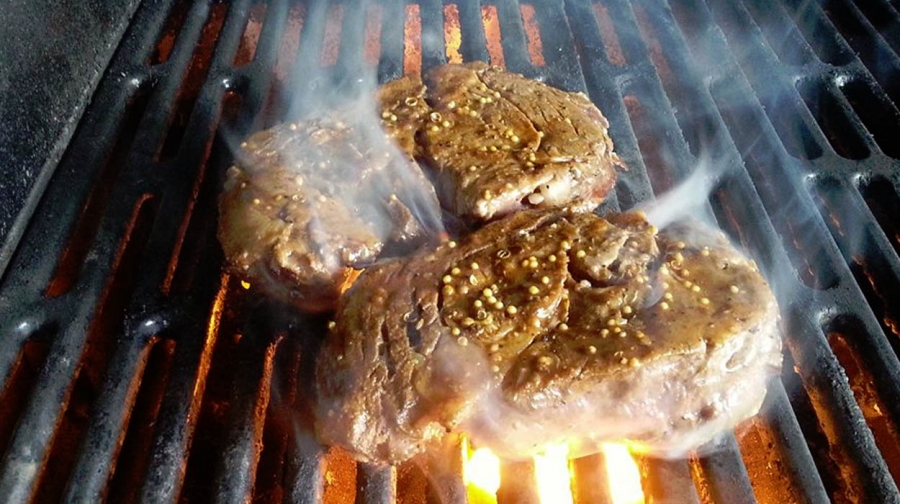 Take your traditional Ribeye recipe and toss it out the door! Well, don’t toss the ribeye… just the old way of thinking when it comes to grilling one of the most tender cuts of beef ever.

Think about all of the times you’ve grilled a ribeye, or pan seared one, or seared and then finished things off in the oven. Now, think about this. Why can’t we start that ribeye in the oven and then finish it over some hot coals? Here’s what I’m talking about.

Hey, if you’re a barbecue guy you know that “low and slow” is the path to true meat happyness. Why? Because the slower cooking temps over a longer period of time break down tough cuts into juicy, fall apart, tasty delights. Think about a tough roast in a slow cooker.

But, how does this work with a cut that’s already tender? The lower temp cooks the meat but the shorter cooking time does not break it down. Also, the lower temp does not trigger much excess browning, burning, etc. It will brown up a bit, force some juice to the outside, but the inside will remain a pink medium rare – depending on the thickness of the cut.

The meat already rested when you removed it from the oven. The grill just added some searing and grill marks to the outside – you’ll have the juices ready to go with a perfectly cooked, grilled steak that’s hot off the grates! Why not eat your steak when it’s hot?