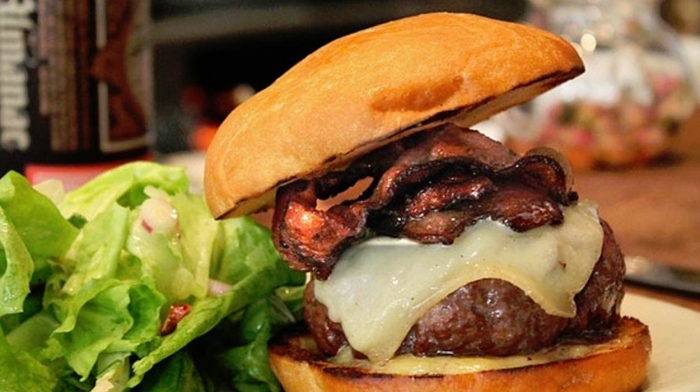 ALL RIGHT FOOTBALL FANS – The official Middle Tennessee State University Tailgate Tip of the week for the game against the Charlotte 49’ers involves Texas Pete® Hot Sauce! Wait… what?

Why is a recipe geared towards beating a Conference USA football team from North Carolina including a hot sauce from Texas? Well, my tailgate and foodie friends Texas Pete® is originally from… NORTH CAROLINA! Yep, if you’re in Charlotte, head out, drive for a bit to Winston-Salem and you’re in the hometown of one of the most iconic hot sauce brands in the United States!

Oh, that USA connection plays a role as well. It turns out that the name of the sauce had to be connected to the USA. Here’s how the official Texas Pete Legend spells things out when it came time to pick a name for a family developed sauce during the 1940’s.

“Sam Garner and his three sons, Thad, Ralph and Harold, were trying to come up with a brand name for this spicy new sauce they had created, a marketing adviser suggested the name ”Mexican Joe” to connote the piquant flavor reminiscent of the favorite foods of our neighbors to the south. ”Nope!” said the patriarch of the Garner family. ”It’s got to have an American name!” Sam suggested they move across the border to Texas, which also had a reputation for spicy cuisine. Then he glanced at son Harold, whose nickname was ”Pete” and the Texas Pete cowboy was born. Movie cowboys were very popular in the 1930’s, men like Tom Mix and Hopalong Cassidy, representing a sort of universal image of rugged independence and self-reliance, the perfect ideal for a family business trying to survive tough times.”

Now that’s a pretty awesome story! Great sauce, fantastic flavor, and a pretty cool history to back things up. Now, all you need is a tasty MTSU football tailgate recipe to cap things off. This recipe is a version I first learned when training to cook for the United States Coast Guard. My instructor, Ron Ellis, loaded an oven up with his salt, pepper, and brown sugar bacon. It was amazing. Of course, we had to add hot sauce eventually. So when I was researching Texas Pete I decided to combine the Spicy Bacon with a Cheeseburger – tailgate heaven!

You can make the bacon before the tailgate and warm it up there if you want to save time. You’ll notice that I didn’t include a recipe for a cheeseburger… just grill up a cheese burger and top it with the following bacon recipe courtesy of the sources – my grill, Ron’s Bacon, USCG Food Service Specialist training and Texas Pete Hot Sauce!

Preheat oven or grill to 350 degrees. Place the bacon in an even layer on deep cooking tray – preferably with a rack – or a broiling pan. You’ll need this for the grease. Next, in a bowl, combine a bunch of Texas Pete® Hot Sauce and brown sugar together. Sprinkle the bacon lightly with black pepper. Brush the mixture of sauce and brown sugar over the top of the bacon and bake for 10 minutes. Remove from the oven, flip the pieces and baste again. Or, combine everything in a zip close back, seal it and toss it in the fridge overnight. Then bake or grill the bacon. Before you remove from the oven, sprinkle lightly with more brown sugar. Drain via the rack, the broiling pan, or on paper towels and top your cheeseburger! One note: DON’T BURN THE BACON! The brown sugar will become bitter. And bitter bacon is not happy bacon!

Enjoy the recipe, catch this recipe during the MTSU Football Radio Network Broadcast, and GO BLUE RAIDERS!! I’ll see you at the tailgate.